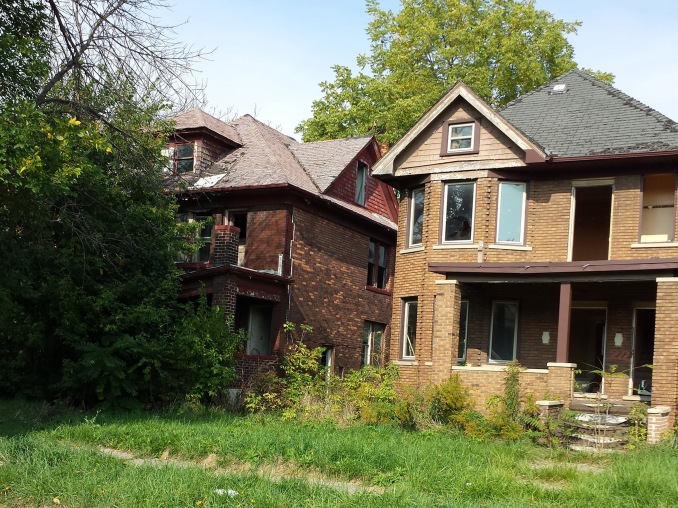 Isaiah 61:4 – They will rebuild the ancient ruins and restore the places long devastated; they will renew the ruined cities that have been devastated for generations.

This is a promise found in the last part of Isaiah the prophet. But who is “They?” The prophecy mentioned, “They” will rebuild the ancient ruins. But is there any indication about who “They” is? Well I’m glad you asked. If you look in the first part of the chapter it begins with a section Jesus also quoted in Luke 4. It goes like this:

“The Spirit of the Sovereign Lord is on me, because the Lord has anointed me to preach good news to the poor. He has sent me to bind up the broken hearted, to proclaim freedom for the captives, and release from darkness for the prisoners, to proclaim the year of the Lord’s favor and the day of vengeance of our God, to comfort all who mourn, and provide for those who grieve in Zion-to bestow on them a crown of beauty instead of ashes, the oil of gladness instead of mourning, and a garment of praise instead of a spirit of despair. They will be called oaks of righteousness, a planting of the Lord for the display of his splendor. They will rebuild the ancient ruins and restore the places long devastated; they will renew the ruined cities that have been devastated for generations.”

The “They” is clear. “They” are the poor, the broken hearted, the captives who have been set free, those prisoners who have been released from darkness those who mourn and are grieving or in despair. For me this is extremely exciting as we begin our work in the heart of Detroit. This is exciting because it means that we have a scripture breathed vision from the Lord about how to help with the restoration of the city. Part of our victory is hidden in the ones who are now groaning in the city. Isn’t that just like God? Isn’t it like him to hide the restoration of a city in the ones whom everyone tries to overlook? But if we’re reading Isaiah 61 correctly that’s exactly what has been done.

I for one like the challenge. It means that no matter how wonderful we think our programs are, if they are not focused on the poor, the captive, the broken hearted, the prisoners of Detroit then our success won’t be as whole as it could be because part of the deliverance for the city is hidden in them. They are the ones who will rebuild the ruins and renew the devastation in Detroit. Our job is to love them back into wholeness like Jesus did and then empower them to restore.